What Are The Best Foods To Order At A Restaurant From Indian Menu? 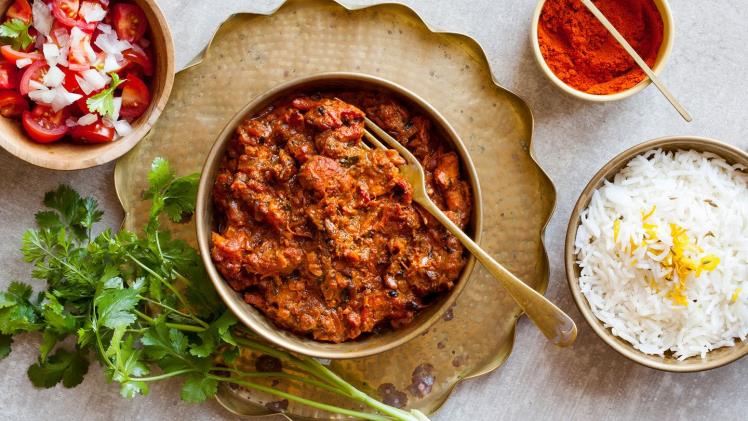 India has the most diversified culture, and Indian foods are also available in an extensive variety. This is one of the reasons people in other countries too love eating at restaurants with Indian foods. Without further ado, here are some of India’s most well-known meals that are sure to make your mouth water and make you want to start planning your next dinner at an Indian restaurant.

The two main Indian foods are rice and wheat, with rice taking the top spot. The dosa is a tribute to the Indians’ unwavering affection for rice. It is a classic South Indian morning dish that consists of crispy crepes prepared with a batter of fermented rice and lentils. It is typically served with spiced mashed potatoes, the lentil stew, known as sambar, and coconut chutney and poured onto a thin, crispy crepe.

Idli, a savory rice cake variety, is a favorite in breakfast snacks. It is prepared by steaming a batter made of fermented rice and black lentils. Each Indian region traditionally has its unique version, which is typically eaten with coconut chutney and sambar.

Flatbreads known as parathas are typically made from wheat flour and stuffed with flavorful veggies. Aloo paratha is one of the variations. Even parathas that have been packed with a lot of cheese are included in contemporary versions. Thick yogurt, mint-coriander chutney, and dollops of handmade butter are typical accompaniments to parathas.

This flattened rice is known as poha. Prior to flattening, rice is parboiled that it requires little to no further preparation before consumption. It is a typical morning dish that is combined with cooked green peas, toasted peanuts, and a little seasoning of cumin and turmeric. It’s a quick, healthful breakfast that is typically served with a dollop of curd and coconut or mint chutney.

A deep-fried savory pastry known as a samosa is typically filled with spiced mashed potatoes, chicken, or other meats that differ by area of the country. It is occasionally eaten as noon or late snack in addition to breakfast. The simple Samosa has become widely popular across the nation, and many people savor it with great affection.

It is better to eat this dish before anything else. This is one of the most well-liked Punjabi cuisines. It is heavy, rich, and spicy. It typically comprises a spicy chickpea (Chole) stew and deep-fried flatbread (Bhature). Given the popularity of this mouthwatering taste, you may find it at any eatery, whether it be a local one or a restaurant. Typically, it is served with a tall glass of cold Lassi.

It is a type of southern Indian deep-fried doughnut-shaped fritter. Typically, it is cooked with a combination of rice flour and urad daal (black lentils). It has curd to organically leaven it, while mustard seeds, onions, coconut flakes, and green chilies are used as seasonings. It is typically consumed as part of a breakfast meal with Idli or Dosa.

It is made with dry-roasted semolina and served as a thick porridge for breakfast. It can be garnished with beans, cashews, and peanuts in addition to seasonings and occasionally vegetables. The most widely used type of upma, which comes in several varieties, is made from whole or finely ground durum wheat semolina.

Many Indians love the straightforward but exquisite sandwich known as vada pav. Typically, it comprises a deep-fried potato fritter with a tangy date and tamarind chutney and deep-fried chili pepper.

Nothing is more reassuring for a Malayali than a hot plate of puttu and kadala at breakfast. Puttu, a staple in practically every Keralan home, is made of ground rice that is covered in coconut shavings before being steamed, whereas Kadala curry is made of Kala chana, cooked in roasted coconut gravy. Quinoa, broken wheat, millet, and many other ingredients have been used to create modern variations of this simple dish.

It is created with tender naan bread that has been egg-coated and folded up with either chicken or mutton inside. To enhance the flavors, a special blend of spices is also sprinkled on top. Eggs are omitted from the vegetarian variant. This well-known and frequently ordered meal was influenced by pita bread wraps from Lebanon. It is a quick and tasty snack. Usually, it comes with a side of green mint and chili chutney, mayonnaise, or ketchup.

Now the next time you plan your dinner at an Indian restaurant, you can go to Salt n Pepper and try their Indian foods near me, and we are sure that you would love it there.

Is Medication an Effective Way to Cure Mental Illnesses?

What is it Like to Drop Out of Medical School?